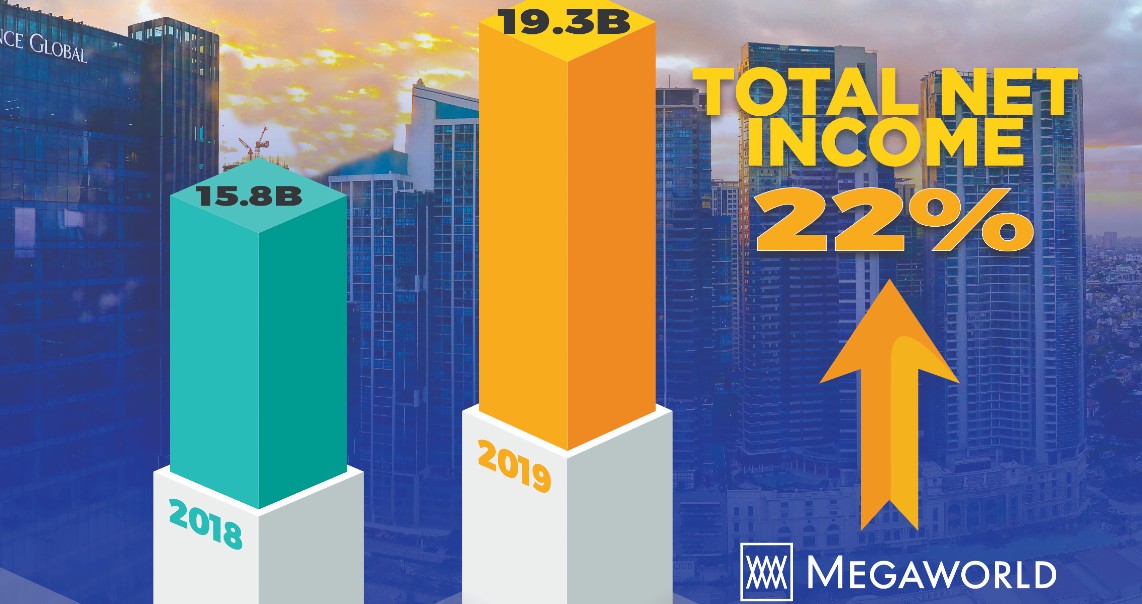 Andrew Tan-led property giant Megaworld Corporation, registered a net income of P19.3-billion in 2019, up 22% compared to P15.8-billion the previous year. Excluding non-recurring gains of P691-million, net income grew 18% to a new record high of P18.6-billion. Net income attributable to parent company stood at P17.9-billion, also up 18% from P15.2-billion the year before.

Consolidated revenues grew at a robust pace of 17% to P67.3-billion in 2019 from P57.4-billion in 2018. The healthy growth was underpinned by the strong performances of all of its key businesses. 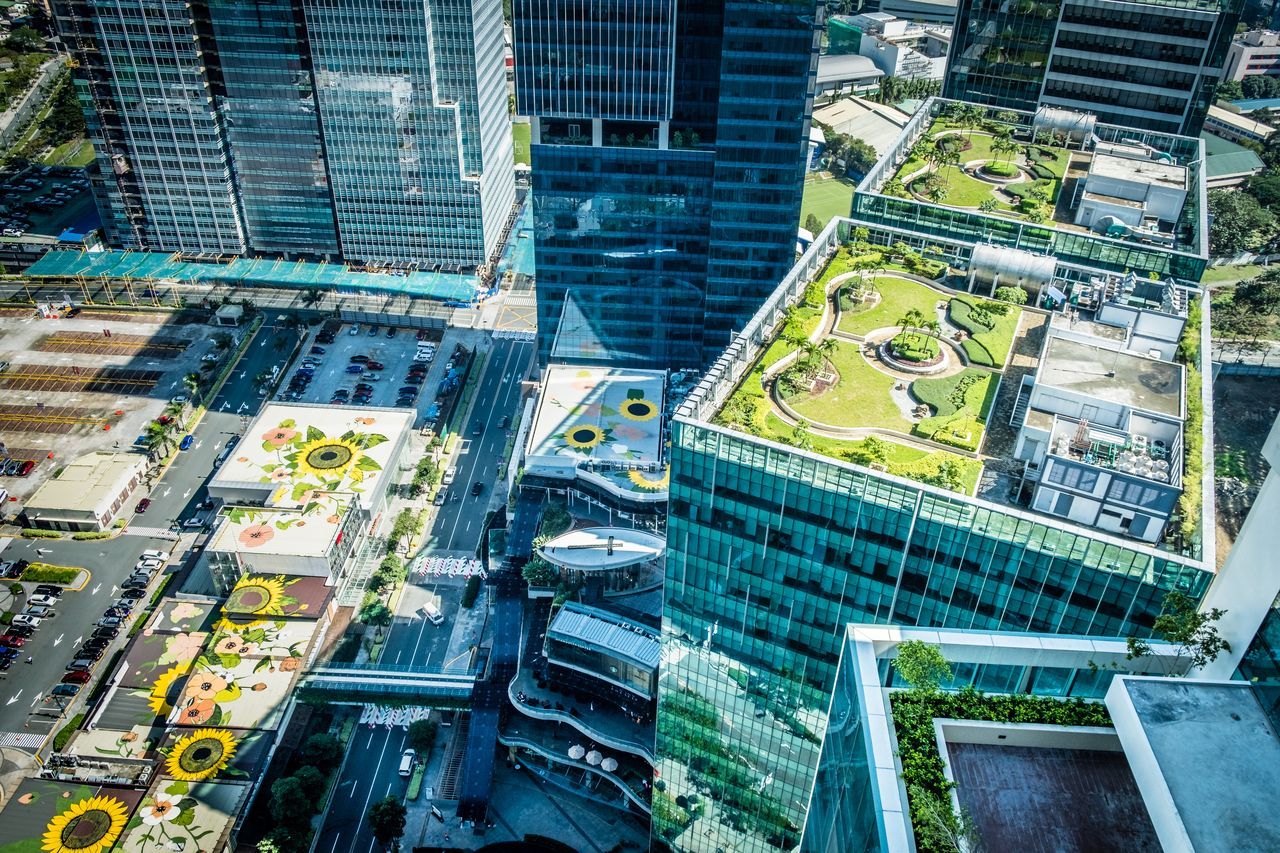 “Undoubtedly, our strongest rental business still comes from our leases of prime office spaces across the Philippines. This excludes the office spaces that we have already sold and are currently selling. The good news is that we still continue to see growth in the business process outsourcing (BPO) and information technology (IT) sectors, which comprise majority of our office rentals to date. Also, I would like to point out the growth in the demand for office spaces outside of Metro Manila, in which we are in the best position to provide to space seekers because of our adequate office inventory in the provinces including those that are still in our pipeline,” says  Kevin L. Tan, chief strategy officer, Megaworld.

Megaworld is continuously building more office towers, primarily to cater to the growing BPO sector, in Iloilo, Bacolod, Davao, Cebu, Cavite, Laguna, and Pampanga. In Metro Manila, the company is also building additional office developments in its various townships such as McKinley West and Uptown Bonifacio in Taguig, and Arcovia City in Pasig City.

“This remains to be a very strong sector and very sustainable, and even with the emergence of Artificial Intelligence (AI), we will also see the emergence of new companies that would require spaces,” adds Tan. 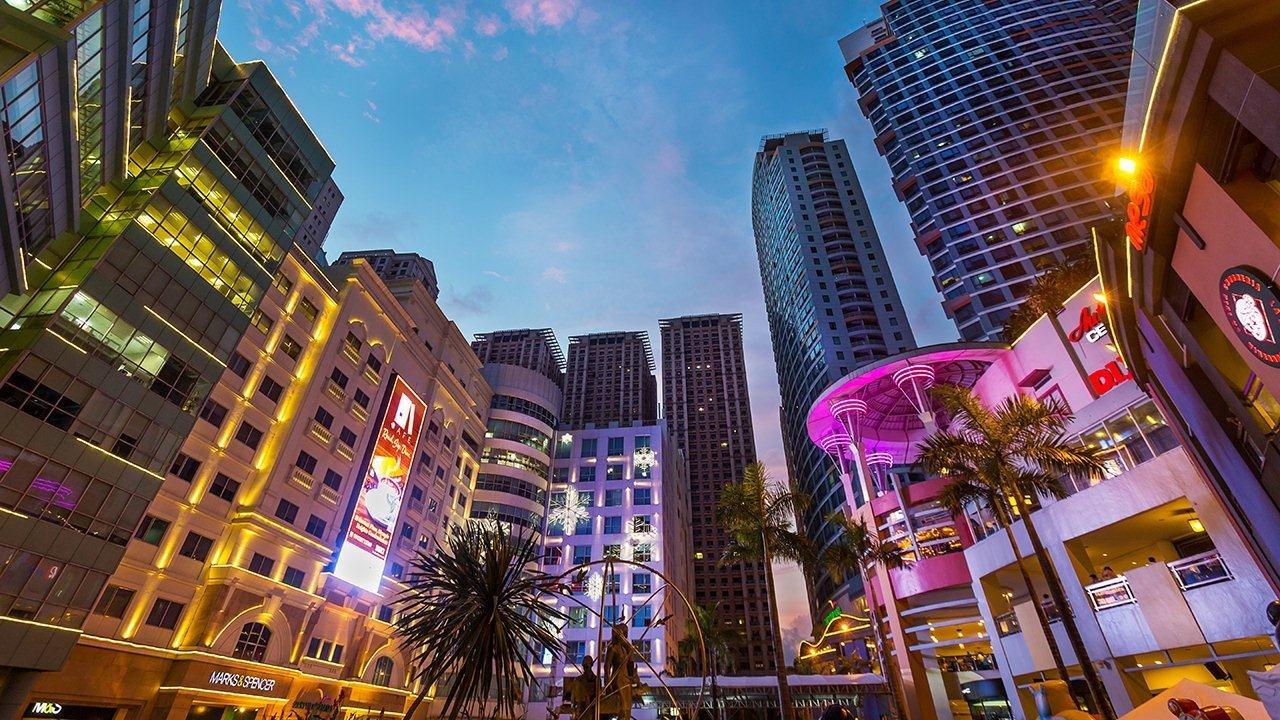 Megaworld Lifestyle Malls, on the other hand, grew its income by 14% to P6.3-billion from P5.5-billion in 2018. Around 20,600 square meters of leasable spaces were added to the company’s retail space portfolio, bringing the total leasable space to 453,000 square meters.

The company’s real estate sales in 2019 grew 12%, ending the year at P42.6-billion from P38.0-billion during the previous year.  Last year, Megaworld also registered a record level sales reservation amounting to P149-billion. It also launched around P85-billion worth of new projects, mostly residential, and two new office projects for sale: the One Corporate Place in Maple Grove, Cavite; and the International Corporate Plaza in Iloilo Business Park, Iloilo City.

Last year, Megaworld launched its 26th township, the Arden Botanical Estate located at the boundary of Trece Martires City and Tanza in Cavite, spanning across 251 hectares of raw land. Along with its subsidiary, Empire-East Land Holdings, Inc., it also launched the 24-hectare Empire East Highland City in Cainta, Rizal. 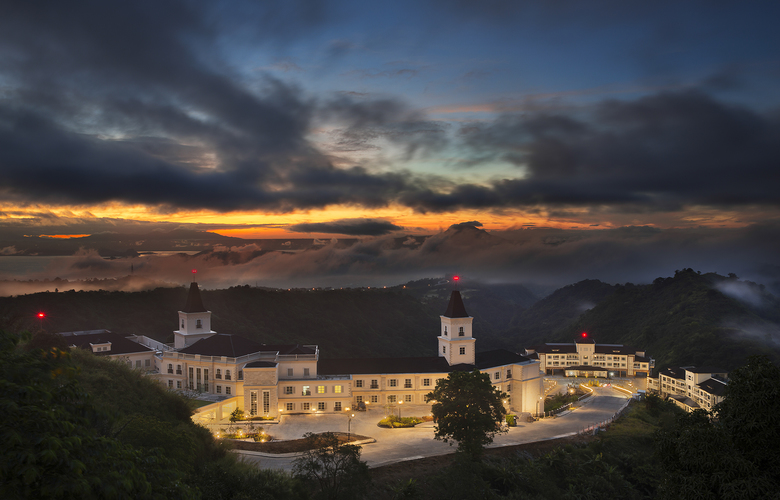 “Megaworld still has the lowest financial gearing among the major listed property companies. We ended 2019 with a net debt-to-equity ratio of 26%, even lower than its 2018 level of 31% as gross debts stood unchanged during the year. This should give us more elbow room to lever up once the situation improves, likely by next year,” adds Tan.