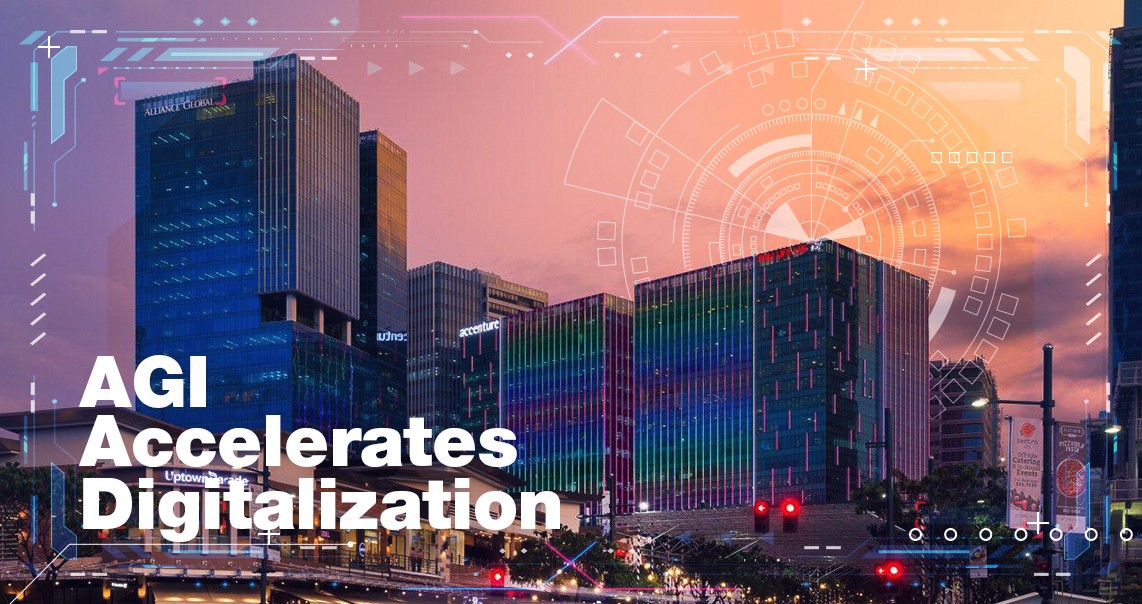 Andrew Tan-led conglomerate registers record profit of P27B in 2019, gives back more than P1-B to the community during the pandemic

Andrew Tan-led Alliance Global Group, Inc. (AGI) is accelerating its innovation and digital transformation strategies, as the conglomerate braces for the ‘new reality.’

“This pandemic is accelerating our digitalization efforts across our businesses. These involve investments in e-commerce applications, interactive customer service management, and contactless online transactions, among others.  This should help us navigate the business environment and provide our customers with the enhanced services they need under the new reality,” says Kevin L. Tan, chief executive officer, AGI.

Last year, AGI reported a record profit of P27.1-billion in 2019, reflecting a growth of 15% from P23.7-billion the year before.  The Group’s stellar performance came on the back of a 15% improvement in consolidated revenues to P180-billion from P156.8 billion the year before. Net income to owners during the year stood at P17.7-billion, up 17% from last year’s P15.1 billion.

“Our much-improved performance last year has placed the AGI Group on a strong and healthy financial footing that served us well during this time of the coronavirus pandemic,” says Kevin L. Tan, chief executive officer, AGI.

AGI also ended 2019 with a consolidated net debt-to-equity ratio of 49%, among the lowest gearing in the industry.

“This has also allowed the AGI Group to quickly respond to the fight against the COVID-19 pandemic where we have released a total of P1.1-billion in donations and financial assistance to various institutions, local government units (LGUs), hospitals, and other partner beneficiaries,” adds Tan.

Earlier during the Enhanced Community Quarantine (ECQ), AGI and its subsidiaries contributed P110-million to Project Ugnayan of the Philippine Disaster Resilience Foundation, and another P66-million in donations to various LGUs and other organizations that support pandemic frontliners as well as poor communities affected by the crisis.

Together with Emperador, the holding firm also donated one million liters of disinfectant alcohol worth around P250-million to various LGUs as well as frontline workers that include medical personnel, policemen, soldiers and other marshals during the lockdown.

Megaworld and its subsidiaries, on the other hand, donated P60-million to the Philippine Red Cross for the purchase of four brand new sets of COVID-19 test laboratories in Metro Manila.  The real estate group also donated more than P10-million worth of meals, groceries, personal protective equipment (PPE) supplies, and transport services to various hospitals, security checkpoint frontliners, LGUs, and partner organizations around the country.

GADC or McDonald’s Philippines also rolled out its McDonald’s Kindness Kitchen that provided meals and financial assistance amounting to around P500-million to poor communities and its employees around the country.

Likewise, Travellers and its partners donated around P125-million worth of PPEs to hospital partners and food distribution to poor communities around Metro Manila. The company also contributed P12-million to ABS-CBN’s Pantawid ng Pag-Ibig project coming from the proceeds from the livestreaming of its hit musical Ang Huling El Bimbo.

“Now that the economy has slowly opened up from the government-imposed restrictions, the AGI Group has also been at the forefront in providing a safer, better and more secure environment for our employees, tenants, customers, home dwellers, communities and other stakeholders,” reveals Tan.

In addition to enhanced safety protocols and sanitation efforts within its townships, the AGI Group has also installed state-of-the-art disinfecting equipment in its facilities and even partnered with medical institutions, various pharmaceutical and personal care brands, and tech companies as part of its intensified efforts during these challenging times.

In 2019, property giant, Megaworld, chalked-up attributable net income of P17.9-billion in 2019, a hefty 18% increase from its year-before level of P15.2-billion.  Consolidated revenues grew 17% to P67.3-billion, with rentals, contributed by Megaworld Premier Offices and Megaworld Lifestyle Malls, driving the growth as revenues jumped 18%, while its residential and hotel segments posted 12% and 67% increases in revenues, respectively.  The company also reported EBITDA of P29.6-billion, reflecting a 19% year-on-year improvement, as the company continues to benefit from its improving business mix.

Travellers International, owner and operator of Resorts World Manila (RWM), posted an attributable net income of P945-million in 2019, down 35% from P1.44-billion the year before.  While consolidated net revenues grew 38% to P28.3-billion from P20.6-billion, this was offset by higher costs and expenses related to its new gaming and non-gaming facilities in RWM, in addition to increased interest charges.  Gross gaming revenues went up by 38% to P27.6-bllion, helped by the faster recovery in its VIP segment, overall improvement in volume and hold rates, and record level foot traffic to the complex.   EBITDA stood at P5.5- billion, up 42% from its year ago level of P3.9-billion.

Emperador, the world’s biggest brandy producer and owner of the world’s fifth largest Scotch whisky manufacturer, recorded core attributable profit of P7.0-billion in 2019, reflecting a 5% improvement from P6.7-billion the year before.  Consolidated revenues rose by 10% year-on-year to P51.6-billion, driven by its continued dominance in the brandy market, and increasing contribution from its whisky business.  Gross profit grew by 10% year-on-year to P16.9-billion, while EBITDA went up 7% to P11.1-billion.

GADC, a long-term partnership between AGI and the George Yang Group that holds the exclusive franchise to operate restaurants in the Philippines under the ‘McDonald’s’ brand, reported attributable net income growth of 15% year-on-year to P1.9-billion in 2019, already aligned with the Philippine Financial Reporting Standards (PFRS) 16.  Before such adjustment, GADC net income should have grown by 18% as consolidated revenues grew 13% to P32.0-billion during the same period.  Same-store sales growth stood at 5.8%, a significant improvement from 4.0% in 2018.  GADC closed the year with 669 stores, from 620 stores the year before.